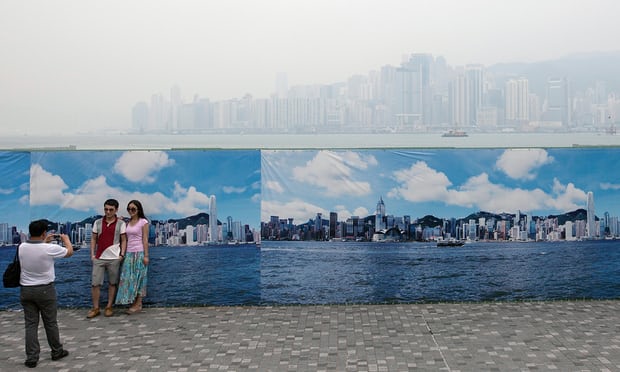 The risk of death for people with mental and behavioural disorders rises sharply on days when air pollution reaches toxic peaks, a major study in Hong Kong has found.

Researchers analysed a decade of death statistics and revealed a strong link, with the mortality risk rising 16% on the first day of haze and 27% on the second day compared to normal days. If the haze was accompanied by high ozone pollution, the risk of death increased by 79%.

“First of all we need more support to those high-risk groups,” said Lin Yang, at Hong Kong Polytechnic University and one of the research team. “Currently we have a lot of social workers to give support to people with mental disorders. But they probably need to pay attention to the fact that haze events could be a trigger for acute onset of symptoms.”

“Of course, as a priority, what governments need to do is control air pollution. That is the best way to eradicate the problem – from the source,” she said.

Prof Jonathan Grigg, at Queen Mary University of London in the UK and not part of the research team, said: “The association between poor air quality and mortality due to mental and behavioural disorders reported in this study is very disturbing.”

The Hong Kong research, published in the journal Environment International, is the first to analyse the link of haze days and risk of death. Haze days are those on which pollutants gather in the air and cut visibility, usually dry days with low winds. In the study period from 2007 to 2014, there were 111 haze days when particle pollution was on average twice as high.

The scientists examined more than 284,000 deaths, including those among people with mental and behavioural disorders including depression, bipolar, schizophrenia and dementia.

“Although a hazy day generally has 2.9% higher risk [of death] than a day without haze, a very intense adverse effect is found on the mortality associated with mental and behaviour disorders,” the researchers reported. “A combined influence of haze, extreme weather/air quality and urban environment can result in extremely high mortality.”

“From the mechanism point of view, for now, we don’t have very solid evidence or hypotheses,” said Yang. But she said earlier work may provide clues: “Haze days are very likely to trigger an acute depression response in people. This has been shown in surveys in 2013 in Indonesia, where there was a big disaster of haze from forest fires.”

Sophie Neuburg, at the public health charity Medact, said: “The new report’s findings of an increase in mortality associated with mental and behavioural disorders on high-pollution days is extremely worrying. This is a sign that air pollution may be even more dangerous for human health than we currently understand.” She said the UK’s air is illegally polluted in most urban areas and that current policies to deal with it are “inadequate”.

The Hong Kong study did not specifically analyse suicides but Grigg said: “Although we do not yet understand how pollutants inhaled into the lung affect cognitive function, these new findings from Asia are compatible with a recent Belgian study, which reported an association between short-term increases in air pollution and suicide.”

That work examined over 20,000 suicide deaths recorded between 2002 and 2011 and was published in June 2017. The scientists reported: “[Short-term] increases in outdoor air pollutants such as particles or ozone can trigger suicide, particularly during warm periods, even at concentrations below the European thresholds.”

A series of other studies published since 2015 have also suggested links between suicides and air pollution. In Salt Lake City, Utah, US, increases in suicides correlated with higher particulates and nitrogen dioxide (NO2) in some seasons, while in South Korea ozone was also implicated.

In Tokyo, Japan, scientists found elevated suicide risk among under-30s was linked to NO2 and in Guangzhou, China, sulphur dioxide also showed a correlation. However, some scientists have urged caution, saying that collecting comprehensive data on suicides is difficult and that both air pollution and suicides can vary with other factors, such as time of day.

In the UK and Republic of Ireland, the Samaritans can be contacted on 116 123. In the US, the National Suicide Prevention Lifeline is 1-800-273-TALK. In Australia, the crisis support service Lifeline is on 13 11 14.