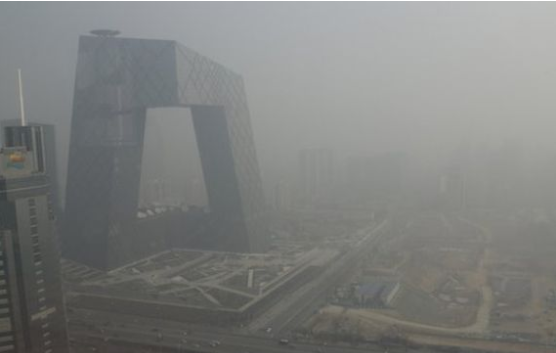 Air pollution in China and other Asian countries is having far-reaching impacts on weather patterns across the Northern Hemisphere, a study suggests.

Researchers have found that pollutants are strengthening storms above the Pacific Ocean, which feeds into weather systems in other parts of the world.

The effect was most pronounced during the winter.

The study is published in the Proceedings of the National Academy of Sciences(PNAS).

Lead author Yuan Wang, from the Jet Propulsion Laboratory at the California Institute of Technology, said: “The effects are quite dramatic. The pollution results in thicker and taller clouds and heavier precipitation.”

Parts of Asia have some of the highest levels of air pollution in the world.

This has dire consequences for the health of those living in these regions, but there is growing evidence that there are other impacts further afield.

To analyse this, researchers from the US and China used computer models to look at the effect of Asia’s pollution on weather systems.

The team said that tiny polluting particles were blown towards the north Pacific where they interacted with water droplets in the air.

This, the researchers said, caused clouds to grow denser, resulting in more intense storms above the ocean.

Dr Yuan Wang said: “Since the Pacific storm track is an important component in the global general circulation, the impacts of Asian pollution on the storm track tend to affect the weather patterns of other parts of the world during the wintertime, especially a downstream region [of the track] like North America.”

Commenting on the study, Professor Ellie Highwood, a climate physicist at the University of Reading, said: “We are becoming increasingly aware that pollution in the atmosphere can have an impact both locally – wherever it is sitting over regions – and it can a remote impact in other parts of the world. This is a good example of that.